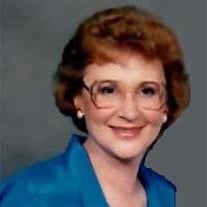 NORWAY- Gloria C. Asselin age 89 of Norway, died Monday, June 24, 2019 at Dickinson Co. Memorial Hospital in Iron Mountain, MI. She was born May 23, 1930 in Hermansville, the daughter of the late Carlo and Mary (Marana) Caliaro. At age 3 her family, who had migrated to the States from Italy, returned to Italy because of the depression, after five years they returned to Michigan because of talk of war in Europe. Gloria went to school in Hermansville, as a teenager she worked for 5 years as a maid for the Earle Family, who were the owners of Hermansville IXL and Blaney Park. She spent parts of the Summers in Blaney Park. Gloria married Girard “Dage” Murray on June 25, 1948. He preceded her in death on December 14, 1979. She was an active member of St. John Neuman Church in Spalding, where she lived for 48 years before moving to Norway and becoming a member of St. Mary’s Church. Gloria married William “Bill” Asselin on September 8, 1990 at St. John Neuman Church in Spalding. She loved to spend the winters in Arizona, traveling with Bill, cooking and collecting recipes and cook books. Enjoyed having big family dinners on the holidays and especially spending time with her children and grandchildren. She is survived by her husband Bill; children Liz Murray, Ann Marie Rappette, Rick Murray and Tom (Nancy) Murray; grandchildren Christopher, Karen, Kristi, Donald, Megan, Mitchell and Ashley; great grandchildren Sophia, Austin, Nathan, Jackson and Jacob; sister Elaine (Frank) Petiniot; brothers George Caliaro and Bob (Kathy) Caliaro; many nieces and nephews. Gloria was preceded in death by her infant son Girard Murray, Jr; her eldest child Catherine Baker; daughter-in-law Sally Murray; and sister-in-law Joan Caliaro. Visitation will be held on Friday, June 28 from 9:30 to 11 a.m. at St. Mary’s Church in Norway. The Mass of Christian Burial will be celebrated on Friday at 11 a.m. at St. Mary’s Church with Fr. Timothy Ekaitis, officiating. Interment will be held at the Spalding Township Cemetery.

NORWAY- Gloria C. Asselin age 89 of Norway, died Monday, June 24, 2019 at Dickinson Co. Memorial Hospital in Iron Mountain, MI. She was born May 23, 1930 in Hermansville, the daughter of the late Carlo and Mary (Marana) Caliaro. At age 3 her... View Obituary & Service Information

The family of Gloria C. Asselin created this Life Tributes page to make it easy to share your memories.

Send flowers to the Asselin family.