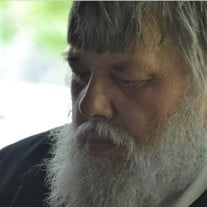 VULCAN-James Dziedzic age 70 of Vulcan, died Friday, May 6, 2022 at Marshfield Medical Center Dickinson in Iron Mountain, MI. He was born September 17, 1951 in Menominee, the son of the late Leonard and Therese (Dirkman) Dziedzic. Jim graduated from Carney High School in 1969. He married Deborah Bird on May 25, 1974 at Central Baptist Church in Stephenson. Jim enjoyed nature and country living. He was an avid hunter and fisherman, enjoyed long drives in the country stopping along the way to have picnics. He was an accomplished writer, having many of his works published. Jim was a mentor for his children, grandchildren and many friends, he gave his advice whether they wanted to hear it or not. Jim was a wonderful craftsman, could make anything. Liked to spend his time woodworking and gardening. He would spend hours talking and telling stories or just spending time with his family. Jim liked traveling to his grandson Wyler’s hockey events. He also enjoyed spending time at home with his beagle “Two-Bits”. Jim is survived by his wife of 47 years Deborah; children Cassie Dziedzic of Menominee, Donna (Chad) Mitchell of Williston, ND., Cindy Dziedzic of Vulcan, Sherrie (Daniel) Zeni of Vulcan, Ron (Amanda) Dziedzic of Vulcan and Charlee (Chad) Hoppa of New London, WI.; grandchildren Crystal and Conrad Dziedzic, Jacob, Jonathan (Miah), and Wyler Mitchell, William Haigh, Collin and Alana; great grandchildren Harold, Owen and Baby Mitchell on the way, that he was pleased to learn about in his final hours. He is also survived by his brothers and sisters Michael (Donna) Dziedzic of New Berlin, WI., Karen Dziedzic of Menominee, Christine (Dwaine) Zemba of Careny, Lynette (Michael) Verbisky of Bagley, Daniel (Dana) Dziedzic of Bagley, Paul (Joyce) Dziedzic of Centerville, OH., Peter (Kathy) Dziedzic of Carney, Joyce (Barry) Metzentine of DePere, WI., and David (Vicki) Dziedzic of Gwinn; sisters-in-law Marie Bird, Joyce (Jerry) Guard, Peggy Lowery and Shirley (John) Smith; brother-in-law Keben (Sherry) Bird; many nieces, nephews and other family members. He was preceded in death by his parents Leonard and Therese Dziedzic; father and mother-in-law Dale and Joyce Bird; brothers-in-law Dale Bird and Al Lowery. Family will greet friends on Friday, May 13 from 11-1 p.m. at the Evangelical Covenant Church in Norway. A Memorial Service will be held on Friday at 1 p.m. at the Evangelical Covenant Church with Pastors James Danielson and Kevin Sullivan officiating.

The family of James Dziedzic created this Life Tributes page to make it easy to share your memories.

Send flowers to the Dziedzic family.