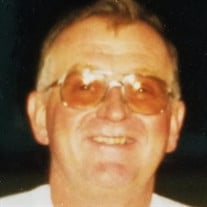 VULCAN- Roger Louis Pellegrini passed peacefully into eternal life on June 18, 2019, surrounded by his loving children and family after a lifelong illness. He fought hard and worked harder, right up until his last days, but Roger was ready for his painful days to be over and to join his parents and brothers in Heaven. Roger was born on June 20th, 1947 in Norway, son of the late Louis & Esther (Cologna) Pellegrini. Upon his father’s death in 1966, he took over the family farm and Pellegrini Buses at the age of 18. He married Connie Campbell in 1967, and together they raised three children and grew the farm together. They started with cabbage and dairy cows, and in the 1980’s, Roger tried his hand at strawberries. As all locals know, it was a success and the start of a summer tradition for many area families as well as out of towners. Roger loved meeting people from all over the world who came to enjoy his strawberries. He had regulars worldwide including Poland, Nigeria, and Italy. In addition to farming, Roger’s other passion was driving school bus for Norway- Vulcan Area schools. He loved his regular bus routes but also enjoyed the Vocational Center route (Whopper Wednesday anyone?), sports trips, and driving his children’s and grandchildren’s sports, band and field trips. He drove for 47 years, retiring in 2015. Of Northern Italian descent with his red hair and bright blue eyes, Roger was a devout Catholic and a lifelong member of the Norway-Vulcan Catholic Church and supported St. Barbara’s and St. Mary’s churches as well as Holy Spirit School throughout his life. He greatly enjoyed his visits with Father Tim, whether at his home or when he was in the hospital; Father Tim always found a way to comfort Roger with his faith and was there to provide strength in his most needed hour. An avid Detroit Lions Fan, when he wasn’t farming or driving bus Roger enjoyed watching football, hunting for that monster buck taunting him in the cabbage field, and playing Smear with his brothers at Bourg’s Bar. He also loved his coffee & sweets with Butch & the boys in the morning. Though Roger’s passion for his farm work was unsurpassable, his love for his family was even greater. He was a very loving and caring father and grandfather. He always made sure his children and grandchildren were taken care of and didn’t go without. He loved taking them for tractor rides and letting them “drive” the tractors around with him, whether it was loading sugar beets, discing the field, or planting crops. His legacy lives on through his children, Jason (Lisa) Pellegrini, Carrie (Mike) Carlsrud, & Molly (Joe) Sgrecci; Grandchildren Zoe, Geno, Isabella, Tessa, Rocco,& Francesca Pellegrini, Chaz Pellegrini & Colton Carlsrud, & Brody Sgrecci; his sister Janis Tinti, sister-in-law Terese Pellegrini, his good buddy Charles “Butch” Gyselinck, faithful farmhand for many years Mark Horowitz, and his beloved dog, Peanut. He also leaves behind nieces & nephews Charles (Nancy) Pellegrini, Shari (Dan) Pellizzer, Frank (Jen) Pellegrini, Mary (Joe) Papp, Kris (Joseph) Burnes, Julie (Charles) Parks, Mark (Carla) Tinti, Brian (Sherri) Pellegrini, Brad (Michelle) Pellegrini, Marc (Vickie) Pellegrini, and numerous great nieces and nephews that he cared for very much as well. There are so many people that have been a part of Roger’s life, too many to list but not any less special. He was so grateful to each and every one of you. Roger was preceded in death by his parents Louie & Esther, infant brother Ronnie, brothers Billy & Charlie, sister Dorothy, brother- in-laws Ernie Tinti and Ron Ferris; many beloved cousins and family friends also preceded Roger into death. Dad wanted to thank his sisters Janis and Terese for visiting him in the hospital and keeping him company. That meant the world to him. He was also thankful to Bill Rice and family for their kinship in working with him and allowing him to farm their land. Also, Ned Stoller and Agrability for helping him continue to farm up until his last days. Thank you also to Dr B, Nurses Heidi, Ellary, Brenda, Debbee, Annette, and everyone else who was a part of his care in his last few days to make him comfortable, even if it was just to stop in with a kind word. He was blessed to have a wonderful care team by his side. Thank you to Happy Tails Kennel for your extraordinary care of Peanut during this difficult time. Lastly, our family would like to extend a heartfelt thank you to Dr. Paul Hayes, Nurse Carrie, and staff for their years of devoted care of our dad. You went above and beyond for him, time and again. Thank you. Matthew 11:28 "Come to me, all you who are weary and burdened, and I will give you rest." Visitation will be held on Tuesday, June 25 from 9-11 a.m. at St. Mary’s Church in Norway. The Mass of Christian Burial will be held on Tuesday at 11 a.m. at St. Mary’s Church with Fr. Timothy Ekaitis officiating. Interment will be held at the Norway Township Cemetery. Condolences to the family of Roger may be expressed online at www.ortmanfuneralhome.com Arrangements announced by the Ortman Funeral Home in Norway.

VULCAN- Roger Louis Pellegrini passed peacefully into eternal life on June 18, 2019, surrounded by his loving children and family after a lifelong illness. He fought hard and worked harder, right up until his last days, but Roger was ready for... View Obituary & Service Information

The family of Roger Louis Pellegrini created this Life Tributes page to make it easy to share your memories.