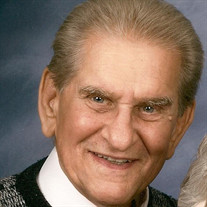 NORWAY- Ronald J. LeMire age 74 of Norway, died Tuesday, December 8, 2015 at Dickinson Co. Memorial Hospital in Iron Mountain, MI. He was born on September 30, 1941 in Ludington, Michigan the son of the late Donald and Dorothy (Kotecki) LeMire. Ron lived in Muskegon until 1965, where he attended Catholic Central High School graduating in 1959. He married Marcia VanDyke on June 27, 1964 in St. Thomas Church in Muskegon. Ron worked in men’s retail for 27 years owning LeCoves Clothing in Grand Haven until 1983, when he became manager of Koffman’s Men Store in Iron Mountain. He worked in many retail positions and served on many commercial and church committees, thru the years including St. Patrick’s Church in Grand Haven and St. Mary’s Church in Norway. Ron was ordained a permanent Deacon for the Diocese of Marquette in 2004 and served both St. Mary’s and St. Barbara’s Church until his retirement in 2014. He loved salmon fishing on Lake Michigan and was an avid golfer for many years. His greatest love was baseball and he was scouted by the Detroit Tigers after high school, but vision problems kept him in local recreational leagues. Notre Dame Football was a long standing family tradition; he loved having coffee with his friends and family, sitting in the sun, a good joke, his faith and his sports. Ron is survived by his wife of 51 years Marcia; children Michelle Faccio of Oil City, PA., Mari LeMire of Grand Haven, Jacque (Kelly) LeMire of Iron Mountain, Jon (Pam Powell) LeMire of Norway, Elizabeth (Richard) Ehlinger of Scandinavia, WI., Yvonne LeMire of Marquette and Ronald “Joe” (Courtney) LeMire of Kingsford; grandchildren Mitch Horn, Chris (Bree) Horn, Joe, Andre, Greg, James and Luc LeMire, Isaac Ehlinger, Zach, Donovan, and Sadie Powell; great grandson Daxon Horn; sister Karen (Dave) Swiatkowski of Lansing; brothers Dan (Debbie) LeMire of Whitehall and Tom (Paula) LeMire of Muskegon; several nieces and nephews. He was preceded in death by his parents; his in-laws Phil and Peggy VanDyke and his son-in-law Anthony Faccio. Visitation will be held on Friday, December 11 from 4-7 p.m. at the Ortman Funeral Home in Norway. Parish Prayers will be held on Friday at 7 p.m. The Mass of Christian Burial will be celebrated on Saturday, December 12 at 10 a.m. at St. Mary's Church in Norway, with Bishop John Doerfler presiding and Fr. Timothy Ekaitis concelebrating. Interment will be held at the Quinnesec Cemetery.

The family of Ronald Joseph LeMire created this Life Tributes page to make it easy to share your memories.

Send flowers to the LeMire family.