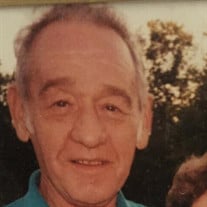 VULCAN- William August “Bill” Zanon age 80 of Vulcan, passed away Thursday, March 11, 2021 at his home with his loving partner Judy by his side. He was born on June 6, 1940 in Norway, the son of the late August and Marcella (Paul) Zanon. Bill graduated from Vulcan High School in 1958. He joined the US Army and was stationed in Guam. Bill later relocated to Wisconsin where he married and started a family. Bill had a love of traveling which he was able to fulfil when he became a Greyhound bus driver. Bill relocated to Schafer Michigan in 1977. After Bill retired from Greyhound, he drove truck for various trucking companies. In 1993 he moved to Las Cruces NM where he and Judy owned and operated J.W. Flours Restaurant. In December of 2010 Judy and Bill relocated to Norway MI, while they waited for their dream home to finish being built in Vulcan. Bill is survived by his loving partner Judy Jaeger, Daughters; Theresa (Terry) Granquist, Gina Zanon, Lia (Rich) Zanon, Judy’s children; Vickie (Doug) Mackey, Scott (Penney) Jaeger, Grandchildren; Brian, Matt (Melissa), Brady Granquist, Ariel Zanon-French, Larisa Zanon-Kelly, Jake (Kelly) Jaeger, Cassey (Andrew) Ekdahl, Megan (Jim) Pawloski, Andy (Stephanie) LaMotte and Gabriela Mackey, 8 great-grandchildren, his brother John (Lynda) Zanon and his sister Anne Therese Zanon, numerous nieces, nephews and cousins. He was preceded in death by his brother Anthony Zanon. Bill will be remembered for his love of old cars, history, traveling, reading Louis L’ Amour books, listening to music especially Pete Fountain and his sense of humor. Family will greet friends on Monday, March 22 from 9-10:30 a.m. at St. Mary’s Church in Norway. A Memorial Mass will be celebrated on Monday at 10:30 a.m. at St. Mary’s Church with Fr. Timothy Ekaitis officiating. Interment will take place at the Norway Township Cemetery in the spring.

The family of William A. Zanon created this Life Tributes page to make it easy to share your memories.

Send flowers to the Zanon family.